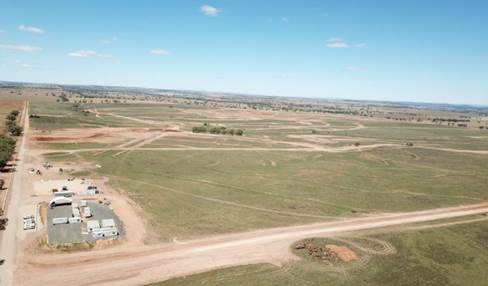 Following on from last quarter when works began, the Early Works campaign has now reached completion. This included upgrades to Renshaw-McGirr way, two site access points off Suntop Road, and the substation access road which is internal to the Project site.

The project has advanced to full delivery stage with the issue of the Notice to Proceed to the Engineering, Procurement and Construction contractor on October 2nd, which has seen the commencement of the perimeter fencing, internal access roads and the establishment of temporary facilities including the offices and laydown areas.

The Engineering design reached its goal of having the 50% design package completed and remains on track for the Issued for Construction design to be completed in late December.

The procurement of long-lead items including the inverters, switchgear and cables is advanced and remains on schedule for mechanical works to commence in January.